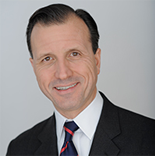 Mr. Mermel has over 30 years of experience in real estate finance, advisory, acquisition, and principal activities in New York City.  Over this period he has completed $42B in public/strategic advisory, $23B in private financial advisory and 25MM square feet of acquisitions. He is currently Managing Member of Mermel & McLain Management LLC, a real estate acquisition firm, and Chief Executive Officer of Tenantwise, a real estate advisory firm.

Prior to Corsair, Mr. Mermel was chosen by Morgan Stanley to head its first Corporate Real Estate Group in 1990. Over a four-year period, Mr. Mermel, with a staff of three people, led Morgan Stanley Realty to the number one market share position in corporate advisory transactions in New York City in 1993 and 1994. While at Morgan Stanley, he and his team completed some of the largest headquarters advisory transactions in Manhattan including Primerica/Smith Barney, Société Générale and Kidder Peabody. Mr. Mermel also advised the Inside Board of Morgan Stanley on its headquarters acquisitions of 1585 Broadway and 750 Seventh Avenue in 1993 and 1994, respectively. Upon the formation of Corsair in 1994, Mr. Mermel received a transfer of all of Morgan Stanley Realty’s corporate real estate advisory assignments into Corsair.

Prior to joining Morgan Stanley, Mr. Mermel was employed for five years as a Vice President of Wm. A. White/Grubb & Ellis, where he was the youngest professional ever to be awarded the SMC designation. Before joining Wm. A. White/Grubb & Ellis, Mr. Mermel was employed as an Assistant Treasurer at The Bank of New York in its real estate subsidiary, and he completed the Bank’s management training program.

Mr. Mermel received a B.A. from the University of Vermont, where he was President of the Senior Men’s Honorary Society. He also received an M.A. from Columbia University in American History and an MDiv. from the Yale Divinity School. He serves as a Trustee of the Jonathan Edwards Center at Yale. He served for eight years as Trustee of the New York Annual Conference (highest Methodist Board in New York and Connecticut); for eight years as a Trustee of Christ Church United Methodist Church; for four years on The Board of Visitors, Columbia University, Department of History; for five years as a past Trustee of the New York City Mission Society (New York City); and for eight years as an Officer of The Delta Psi Corporation, a not-for-profit institution founded in 1850 (Burlington, Vermont).

Ms. McLain has over 30 years of experience in real estate finance, advisory and acquisitions. She is currently a Partner in Mermel & McLain Management LLC and President of Tenantwise, Inc.

Prior to Mermel & McLain and Tenantwise, Ms. McLain was a Vice President of Corsair Group, a corporate real estate advisory group.

Prior to joining Corsair in 1994, Ms. McLain had been a Vice President/Portfolio Manager for First Nationwide Bank where she completed over $150MM in troubled office and multifamily loan workouts.

Prior to her employment at First Nationwide, Ms. McLain worked in Columbia University’s Investment Office where she was responsible for redesigning and implementing the Residential Loan Program for Columbia faculty.

Prior to her experience at Columbia, she worked as asset manager and developer for a portfolio of office and commercial properties for her family’s real estate development company, McLain Development, in Alabama. Before joining McLain, she was an Assistant Treasurer and Controller for Trion Properties, a commercial office developer in Atlanta, Georgia. Prior to her employment at Trion, she was a Senior Audit Supervisor, Real Estate and Finance Group, at Arthur Andersen and Company for three years.

Ms. McLain graduated with a B.B.A. in Accounting with honors from Emory University and received an M.B.A. in Finance from the Columbia Business School. She was a Certified Public Accountant during her years at Arthur Anderson, Trion, McLain Commercial Real Estate, and Corsair.